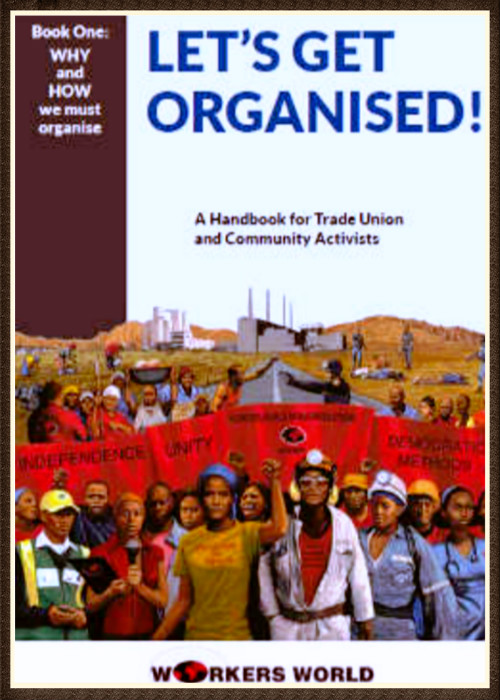 TITLE: Let’s Get Organised! A Handbook for Trade Union and Community Activists

WHO IS THIS FOR? This handbook is aimed at study circles, shop stewards, civil society leaders and community activists.

The forthcoming period internationally is likely to continue to be characterised by social and political upheaval, and there is not much time to prepare. This handbook is aimed at communities and worker unions to get organised into strong, united mass based, democratic and independent working class organisations. It contains information on how to build organisations, how to run campaigns, and how to sustain organisations.

download here Let’s Get Organised! A Handbook for Trade Union and Community Activists