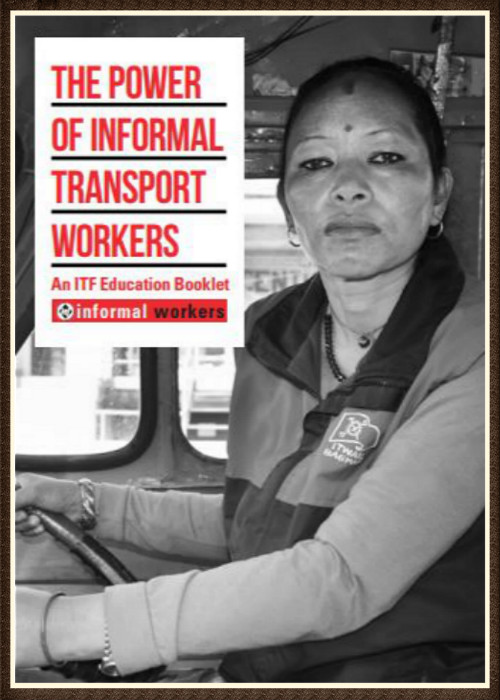 WHO IS THIS FOR? This booklet is aimed at worker educators, activists and trade union leaders, especially those working in the informal sector.

It attempts to draw together some of the lessons learned about the informal transport industry, the issues faced by informal workers, new models and methods in organising, and implications for the trade union movement. It was initiated by the International Transport Workers’ Federation as part of the Informal Transport Workers Project, which is aimed at improving the capacity of unions to organise and represent informal transport workers.